West Center Baptist Church began as First German Baptist Church, founded in May of 1885 by roughly 20 Christians.  Our mission to make disciples for the glory of God, through the word, by the power of the Spirit, stands in direct connection with the covenant those members first adopted.  Every chapter in West Center’s story is a testimony to God’s faithfulness to his people and his plan.

1919 – The first church building is destroyed by a fire and a new one is constructed on the corner of West Center St. and Josephine Ave.

1960 – West Center member Lucile Wipf is sent as a long-term missionary to Japan.

2001 – West Center member Shan Reed is sent as a long-term missionary to Japan.

100th Year of the Church Building

A House of Prayer

On the morning of February 23rd, 1919, the congregation of the First German Baptist church stood outside their magnificent structure on the corner of Liberty and 1st street watching it go up in flames. The church was organized in 1885 and by the end of the first 30 years, the church had grown from sixteen charter members to over 300. Now, as the church members began to arrive for Sunday service, their house of worship was reduced to rubble. Janitor Harry Dierkson discovered the fire, which was caused by an overheated furnace pipe, but was unable to extinguish it. The minuets of the members meeting following the fire record that it was “with heavy hearts, not fully understanding why God permitted this fire” that the members “in a spirit of humble submission accepted the loss.”

In the aftermath of the disastrous day, the members prepared to build a new home purchasing a lot on the corner of Josephine and Center Street for $5,000. They hired local contractor Jas Robertson to construct the brick structure at a cost of $42,197 with many features including several stained-glass windows costing $937.

After gathering in the high school auditorium for two years, the members met for the dedication of their new church on January 23rd, 1923. The building could hold up to 750 persons and saw well over 400 visitors for the inaugural Sunday. Future pastor, Reverend J. F. Olthoff of Avon spoke at the afternoon service from Isaiah 56:7, “...my house shall be called a house of prayer for all peoples.” As quoted from the January 24th edition of the Daily Leader, “He [Olthoff] emphasized the importance of prayer. If the Christian people of this country would follow the initiation of Paul and ‘pray for all that are in high place that we may lead a tranquil and quiet life’ we would undoubtedly have better laws. How many pray for our legislators, state officers, and national government?” A timely word both then and now, 100 years later.

“No minister,” the article goes on to say, “can be successful unless he has a praying people supporting him and his work. The early Christians prayed and as a result of prayer spoke with boldness and many believed. This church will become a place where many souls will enter into the kingdom if it can truly be called, ‘a house of prayer.’” Throughout the last 100 years, West Center Baptist has seen many pastors shepherd the flock. In January of 2016, current pastor Justin DeBerry began his ministry.

It is with great optimism and humility that the congregation of West Center continue to teach and preach the word of God faithfully every Sunday. They have been filled with joy over many baptisms and new members the last several years and continue to look to the future and advancing the Lord’s kingdom.

The church has never been about a building but rather about the people that make up its body, “for just as the body is one and had many members...so it is with Christ.” (1 Cor. 12:12) As the congregation of the First German Baptist Church stood around the ashes of their house of worship, they came to understand this passage deeply. They had just seen the conclusion of World War 1 and the end of the Spanish Flu pandemic. As the new church was dedicated, these strong members looked forward to how God would work in their splendid new church as young and old gathered week after week for what has now been 100 years. As we, the current members of West Center look ahead and through the uncertainty that is our nation and world, we look upward to our Savior on bended knee thankful for this house of prayer. 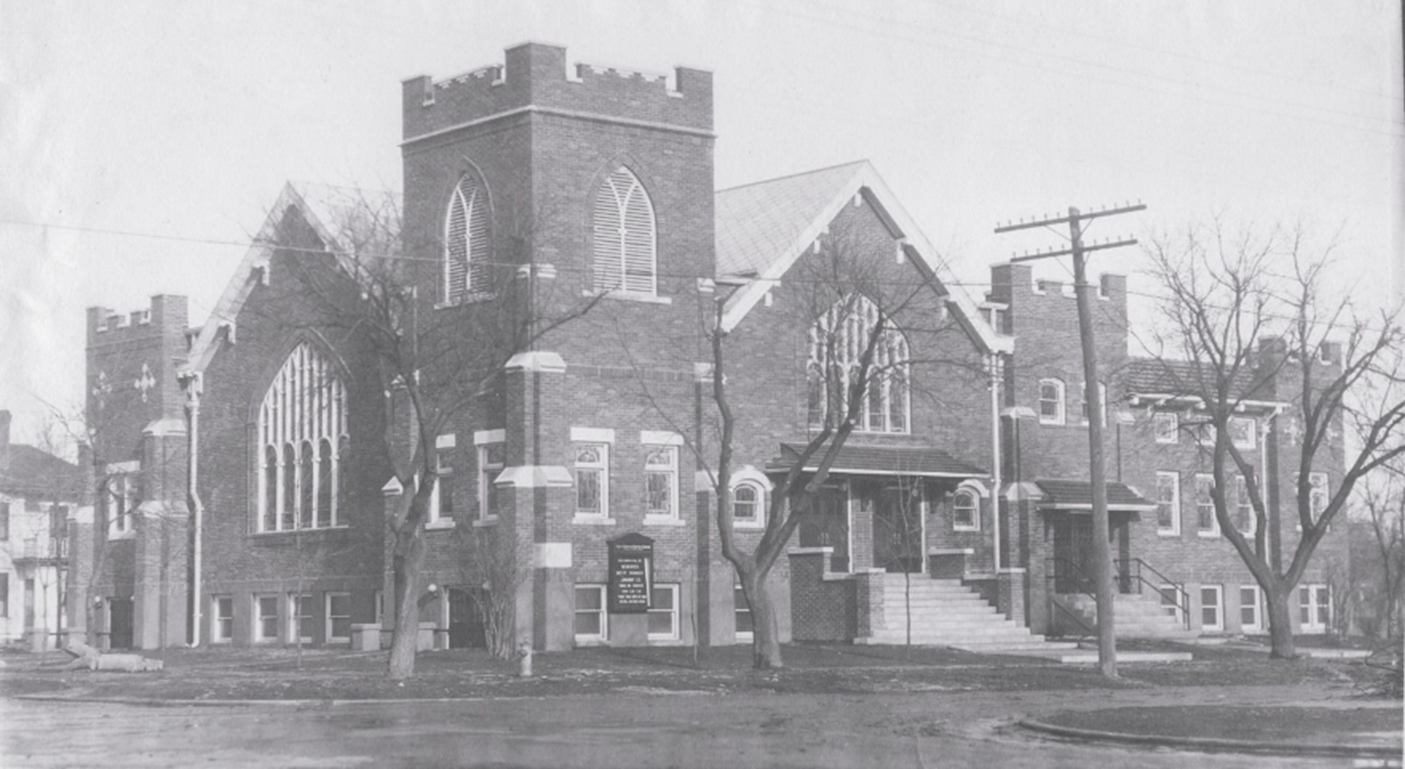